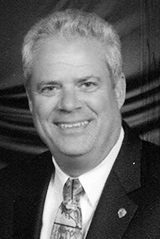 Richard has been Financial Operations Networks’ CIO since 2002. From 1992 to 1999, Richard was CIO of PayTECH and was instrumental in designing and building the operating platform, website and IT infrastructure that handled over 100 million transactions annually. After the acquisition of PayTECH by PRG in 1999, Rich became Director of IT for PRG’s Logistics Management Division. Prior to PayTECH, Richard held technical and technical support positions at Texas Instruments, NCR and C&S National Bank, now Bank of America. Richard graduated with a degree in Business from State University of New York at Geneseo, where he minored in computer science and accounting.